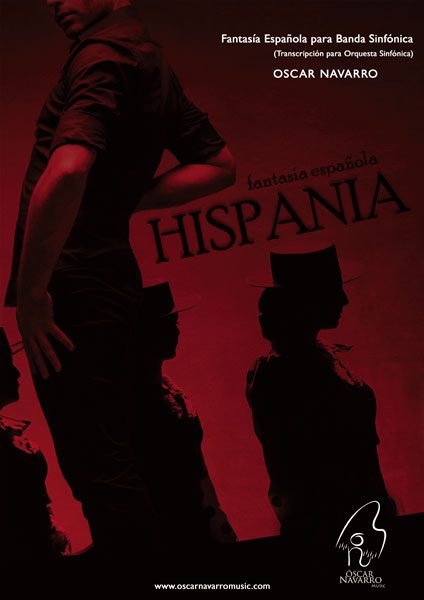 “Hispania” is a Spanish fantasy for Wind Band dedicated to the “Municipal Band of Alicante” (Valencia, Spain) on its First Centenary (1913-2013) and a homage to the great Spanish composers of the late nineteenth and twentieth centuries. Those composers nurtured the musical culture of our country and took it beyond our borders. Composers who have made their music part of our lives and the Spanish national culture before, now and forever.

With this piece, I wanted to give a wink to the nationalist compositional language of the late nineteenth and twentieth centuries, giving it a fresh touch without losing the traditional essence and, of course, using traditional dances and rhythms of our folklore.

The programming of the Alicante Municipal Band has never lacked music from our ancestors, so with this piece I want to offer an insignia to the Band, that they can proudly wear everywhere under a stamp with Alicante roots, such as mine.