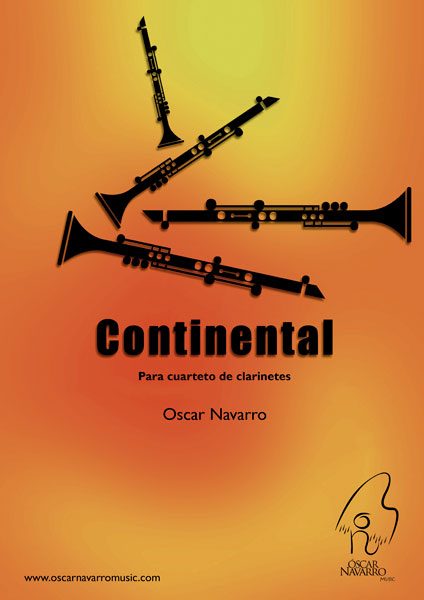 Continental is a clarinet quartet created in 1999 and premiered in the Chamber Music Series of the Murcia Youth Orchestra.

Continental is a musical suite divided in four movements and inspired by the different musical styles of the continents.

The first movement, “Europa”, is represented by Spanish music, full of rhythms and harmonies with a gypsy touch.

The third movement, “Africa”, a soft melody describes the vast plains and the graeatness of a continent torn by poverty.

Finally, the last movement of the piece, “America”, is represented with a series of themes inspired by the wild West with cowboy dances, the rhythms of Indian drums. The last theme of the piece takes us back to Europe, with one of the themes that represented Spain in the beginning.