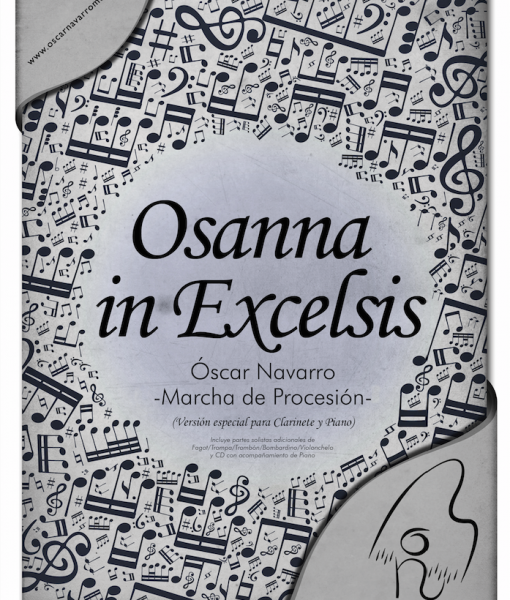 OSANNA IN EXCELSIS – Special version for Soloist and Piano (*Version 2)

(Special versión for Clarinet and Piano)

“Osanna in Excelsis” was the first processional march composed by Oscar Navarro, at the time not being able to imagine the impact it would have in the years to come.

Today it is an almost indispensable part of “Holy Week” in every corner of Spain.

Technically, it is a march in which the use of harmonies (modal) creates a breech between the more traditional marches and the modern. The use of the less common modal harmony and rhythm has made “Osanna in Excelsis” awaken the interest of the members of the religious brotherhoods and the general public.