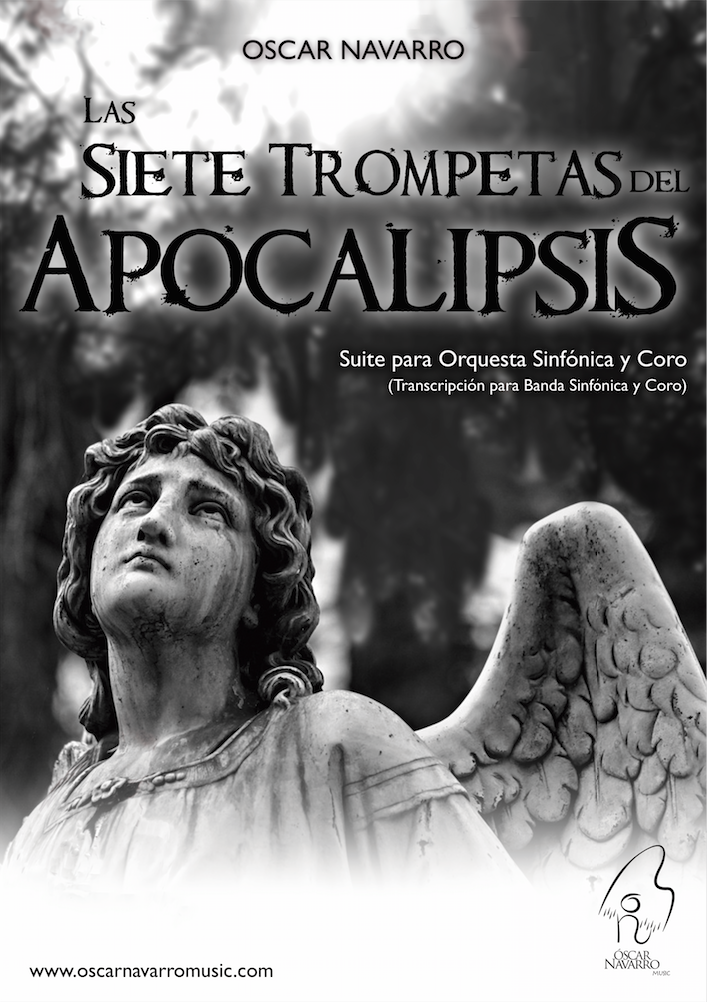 Suite for Symphonic band and Choir by Oscar Navarro

“The seven trumpets of the Apocalypse” is an orchestral Suite with full choir, inspired by one of the most intriguing parts of the Bible. Seven angels and his seven trumpets will be the main characters of this biblical passage, and it will reveal to us the end of human times.

The composition is made out of four movements, and for each one of them I have drawn upon the tradition of the Bible and some of its specific passages:

I. I saw seven Angels standing in front of God, and seven trumpets were given to them. Another Angel arrived and he stood next to the Altar with a golden censer, and many perfumes were given to him as offer to the prayers of all of the saints over the golden altar in front of the throne. The smoke from the perfumes was lifted up with the prayers from all of the saints by the Angel’s hand and into the presence of God.

II. “He played the trumpet first, and there was hail and fire mixed with blood, and all of this was thrown into Earth. A third of it was burnt, and a third of the trees and all of the green grass were burnt as well…”

IV. From the smoke locusts crawled up over the Earth, and they were given power such as the power that scorpions have on Earth.

The seventh Angel played the trumpet and huge voices were heard in Heaven, and they said: “The kingdom of our Lord and of his Christ has arrived upon the world and will reign for centuries and ever. Like a light of hope and in the shape of an angelical chant, the voice of a child will be in charge of bringing this chant of hope from Heaven”.
Glory to the Father, the Son, and the Holy Spirit. As it were in the beginning, forever and ever”