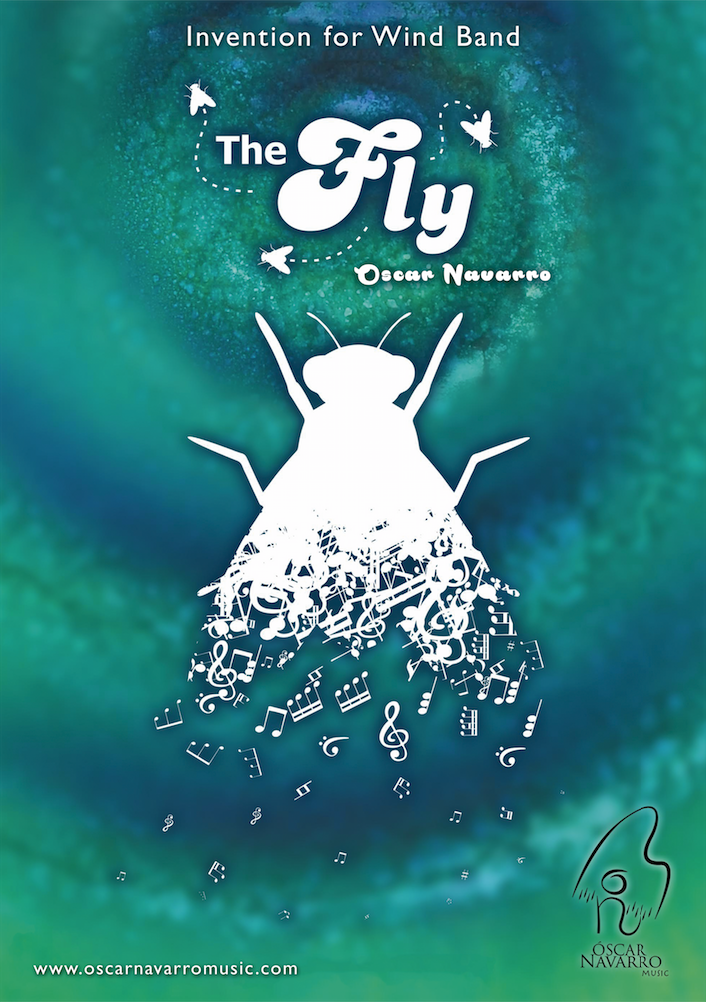 Buy it from store
ARTIST: 6
LABEL: 5'
Go back
THE FLY – Invention for Wind Band
Wind Band
1. The Fly

“The Fly” is a musical invention for symphonic wind band, conceived to emulate the sound produced when a fly travels across the different sections of the band. The music begins in the calmest manner, awakening the listener from a peaceful dream, and throughout the duration of the piece their mood will change into a state of wrath caused by the tediousness of this fly.

We will be able to hear the “buzzing” sounds appearing throughout the different sections of the ensemble and creating a stereo effect. Later, after we have been awakened by the fly, the “ hunt” will be begin while the playful fly glides through each one of the sections of the ensemble searching for a target. The fly will then attempt to approach its victim with so much force that it will crash onto the floor.

Disoriented, the fly will stumble around for a few seconds before regaining control. It will finally come to pose on the conductor´s nose, who, after screaming desperately, will try to hit the fly over and over until it is finally taken down with the help of the whole band.