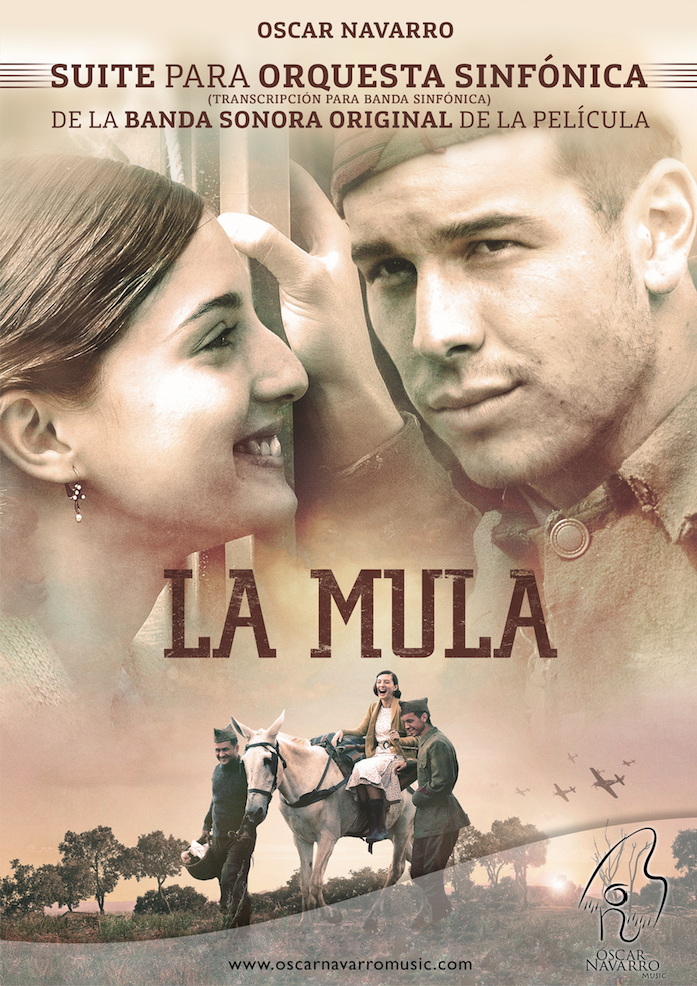 Buy it from store
ARTIST: 4
LABEL: 19'
Go back
LA MULA – Suite from the OST for Wind Band
Wind Band

“The Mule” is a Spanish movie based on the novel by Juan EslavaGalán, narrating a story about the Spanish Civil War. It was premiered on the 16th edition of the “Malaga Film Festival” in 2013, in which Mario Casas, its lead actor, was awarded the ‘Biznaga de Plata’ for best actor.
The movie submerges us in the trenches of the Civil War during the last months of the conflict. It narrates the tales and adventures of Juan Castro, a soldier that fights on the National side, on the front nearPeñarroya (Córdoba).
One afternoon, Juan finds a lost mule in the middle of the battlefield and decides to hide it, with the intention of keeping it once the war is over. He will name it Valentina. His childhood friend, el Chato, will become his accomplice. This event will become the starting point of an exciting adventure, a delirious journey that would outline, with a humorous tone, the unfair paradoxes of a war.
Through the character of Juan Castro, who is more worried about his love life than the war, we are offered with a very unique take into the catastrophes and injustices of war. Above all the other things, this movie is a critic to war,seeing it a dispute where no one ever wins and the same people are often the ones who suffer the most. Amidst battles, solemn speeches and confrontation, the movie has nonetheless loads of space for humour, sex, love and of course, camaraderie and solidarity amongst soldiers.