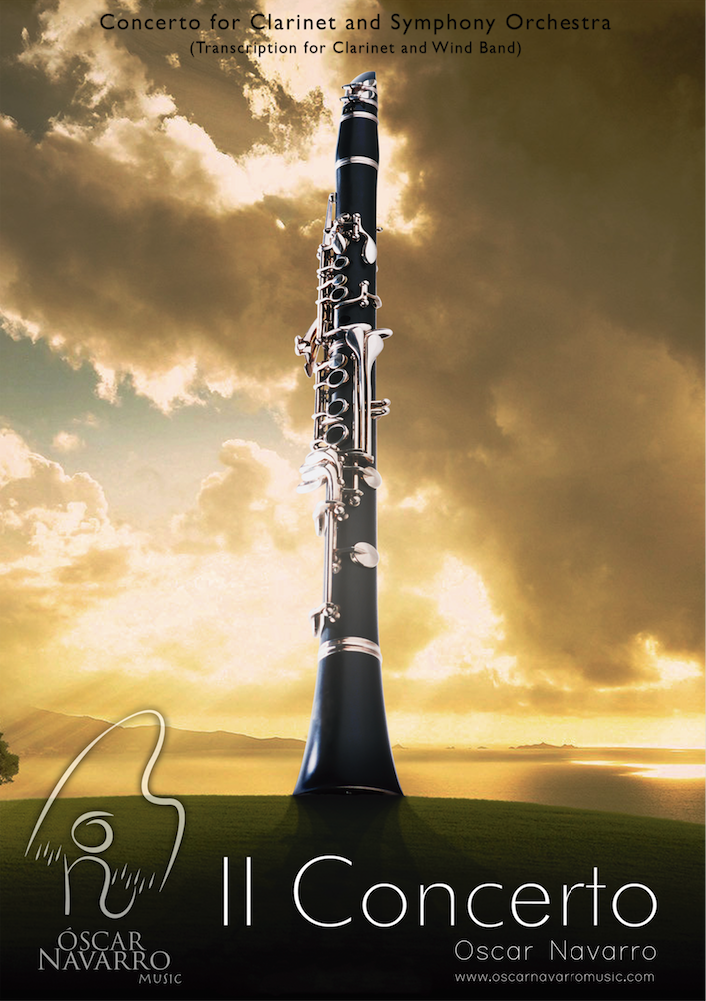 Concerto for Clarinet and Symphony band

The Second Concerto for Clarinet and SymphonyOrchestra was a commission of the “Valencia Music Institute” and dedicated to clarinetist José FranchBallester.

The work was written between f November-December 2011 and January 2012.

The shape of this concerto is in one movement with 3 main sections clearly identifiable. In the majority of the course of the piece,his language is within a tonal language with lots of colors and a very rich orchestration. The work exploits most of the technical possibilities of the clarinet while in many parts is treated as the instrument par excellence in all of us, the voice.

The first major section of the work will be divided into two parts, a very cantabile style tinged with ethnic / new age, unlike the second, completely contrasting style and different as is the typical flamenco music of Spanish folklore . This part will be accompanied by one of the instruments used in the world of flamenco, the palms. Clarinet, orchestra and clappers will be responsible for creating this dance that takes us to the two large section of the work, the slow.

The last section, the prestisimo, is framed in a big dance where the clarinetist and operate any technical virtuosity, being cornerstone dialogue between Clarinet and Orchestra, very present throughout the course of this last section.