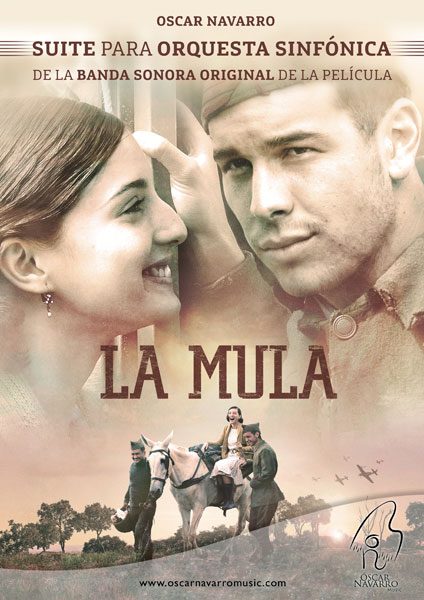 LA MULA – Suite from the OST for Symphony Orchestra

“The Mule” is a Spanish movie based on the novel by Juan Eslava Galán, narrating a story about the Spanish Civil War. It was premiered on the 16th edition of the “Malaga Festival of Spanish Film” in 2013, in which Mario Casas, its lead actor, was awarded the ‘Biznaga de Plata’ for best actor.